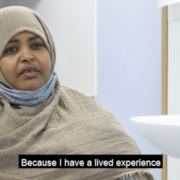 We nominated Layla Ismail as our hero. Layla has worked tirelessly in Bristol to make the city a more welcoming place. She is the Development Manager of Refugee Women of Bristol, an incredible charity that works in solidarity with women seeking sanctuary.

She is also a prominent anti-FGM activist. She empowers and inspires, embodying the goal of Peace and Justice. 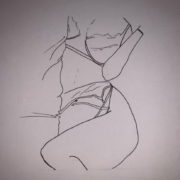 Kim Singh-Sall in conversation with Negat Hussein from Refugees Women of Bristol.

In a speech from August 2020, the UN High Commissioner for Refugees, Filippo Grandi said, “the coronavirus disease knows no borders, no language barriers. It threatens everyone on this planet – including refugees and other displaced people”.

Despite pressure on governments, it tends to fall to the work of NGOs and charities to support and empower migrant communities. Refugees Women of Bristol is a tremendous example of a charity that has committed to supporting and uplifting refugee women since 2003. A true hidden gem in the city, it is home to 350 members and has been steadily growing in membership, funding, and partnerships since its inception.

I spoke with Negat Hussein who currently works in outreach for Refugees Women. Her position is a culmination of over ten years of commitment. Starting as a volunteer, Negat came across the charity by chance when she struck up a conversation in Arabic with a mother who didn’t speak English at her child’s playgroup. Negat was drawn to the idea of volunteering with and for a community of women and she soon became a member, working in the kitchen, reception, classroom and creche. Later she became a trustee, and then chair of the organisation. Member-led empowerment and community spirit drew Negat to this remarkable charity; values that the charity still leads by nearly twenty years later.

There is no time-frame or restrictions on how long members are supported by the charity. The organisation runs weekly drop-ins at the centre where English classes, childcare, arts and crafts and wellbeing workshops are ran. Under Covid-19 restrictions, the drop-in has temporarily shut, but Negat is hopeful that once restrictions ease, the usual ebb and flow of the organisation’s work can resume.

As well as committing to supporting Bristol’s community of refugee women, the charity designs projects to address specific issues. ‘Mend the Gap’ seeks to address multiple form of violence, such as Female Genital Mutilation, forced marriage and honour based violence against Black and Minority Ethnic (BME) women and girls, particularly in the African and Arab communities. The women the organisation targets include asylum seekers, trafficked women, refugees, and those with no access to public funds.

I was struck by how 80% of the staff are old members, with a refugee background. Negat tells me, “the whole idea of the organisation is to empower others to be able to be part of something”. Refugees Women of Bristol does exactly as it says on the tin: an organisation run by refugee women for refugee women, running as a cycle of empowerment.

Older and more established members are trained to help other members through welfare courses and workshops. Here, refugee women have role models to look up to; women who look like them, who speak the same languages as them (the charity’s three main languages are Arabic, Somali and Mandarin), and who share similar experiences to them. Negat celebrates this aspect of the charity: “Empowering your members, get[ting] them involved, is the best thing you can do when you have members…[It is] important to want to make sure your members feel part of something”.

This project was immensely successful, but of course had to be refashioned when the UK went into its first national lockdown in March 2020. However, a programme of ‘Befriending’ was implemented to supplement the cycle of support and empowerment between members. This is just one example of how Refugees Women of Bristol have continued the incredible work they do despite unprecedented obstacles.

Under Covid-19 restrictions, the organisation has scaled up its commitment to supporting and uplifting its members. When the lockdown was announced, staff were proactive and switched everything online. All 350 members were contacted, and staff/volunteers made a list of the most vulnerable members by determining how secure their support network was. For these 129 women, welfare courses were run weekly or fortnightly, devices were supplied as the organisation’s work (and much of lockdown life) went digital, emergency hardship money was allocated for food and groceries, masks were distributed, and information/guidelines explained to women whose English/access to technology was limited.

The announcement of a deadly virus and unparalleled restrictions of normal, daily life was confusing and frustrating for us all. Without our access to technology and information, our lockdown experiences would have been near-impossible. This is the reality of many in the UK’s refugee community, illuminating the importance and gravity of charities like Refugees Women of Bristol.

“There were a lot of barriers, how do we overcome these barriers?” Negat recalled the struggles of maintaining a proactive support network for these women, particularly those who were more vulnerable or isolated. With so many refugee women already struggling with trauma and loneliness, the organisation committed to frequent calls, check-ins and lockdown activities to lift spirits. For those with access to technology – online English classes, yoga, cookery and arts & crafts; for those with limited access – activity packets for creative things to do at home and with the family.

The biggest event the charity usually runs is the refugee festival; this was replaced with an online version over Zoom last year. “It was a challenge for us…is anyone going to show up?” Negat recalls. To the amazement of the organisers, 89 people attended to celebrate and watch performances of 12 different dances by different cultures. “People need to have something uplifting them”, Negat tells me, “as a group, as women”.

The strength of Refugees Women of Bristol is reflected in its fantastic outreach during our year of lockdown in the UK. Not only is the charity committed to supporting these women, but it strives to foster a culture of empowerment and enjoyment; of living, not just surviving.

Negat spoke about the importance of charities during the pandemic nationally. She celebrated their hard work and rightfully argued in favour charities getting greater recognition and funding by the government. The work of Refugees Women is testament to the spirit and strength of the volunteering community in Bristol.

I round off our discussion by asking Negat what has been the most rewarding experience during her time working for Refugees Women. “To see other people building up their confidence and coming back and saying, ‘Hey, I want to contribute [and help others]’”. The growth of members is the “highlight of everything”, she says, and everything else is secondary.

On a final note, Negat wanted to celebrate the community of Refugees Women of Bristol: “I want to thank our volunteers, members, trustees and staff…[without which we] wouldn’t have made it through the pandemic. If we didn’t have this bond and support for each other we wouldn’t do this job so smoothly”.

To find out more about Refugees Women of Bristol and the incredible work they do, visit their website: https://www.refugeewomenofbristol.org.uk

Art is from those who attended the International Women’s Day life drawing workshop. 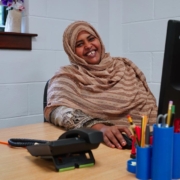 Collaboration transforms Bristol’s support network for people who are refugees and those seeking asylum.

By Sam Harvey in collaboration with Bristol Refugee Rights
Produced in collaboration with Bristol Refugee Rights
This story was commissioned by Refugee Action & Migration Exchange as part of the Respond and Adapt Programme. This content can be reproduced freely. Please credit Stories of Resilience, the story author and organisation.
View the original Article www.ragp.org.uk
https://www.refugeewomenofbristol.org.uk/wp-content/uploads/2021/11/layla.jpg 697 1240 admin https://www.refugeewomenofbristol.org.uk/wp-content/uploads/2021/09/RWoB-logo-300x300.png admin2021-11-03 16:06:242021-11-03 16:09:46Bristol: The City That Came Together During The Pandemic

We may request cookies to be set on your device. We use cookies to let us know when you visit our websites, how you interact with us, to enrich your user experience, and to customize your relationship with our website.

Click on the different category headings to find out more. You can also change some of your preferences. Note that blocking some types of cookies may impact your experience on our websites and the services we are able to offer.

These cookies are strictly necessary to provide you with services available through our website and to use some of its features.

Because these cookies are strictly necessary to deliver the website, refusing them will have impact how our site functions. You always can block or delete cookies by changing your browser settings and force blocking all cookies on this website. But this will always prompt you to accept/refuse cookies when revisiting our site.

We fully respect if you want to refuse cookies but to avoid asking you again and again kindly allow us to store a cookie for that. You are free to opt out any time or opt in for other cookies to get a better experience. If you refuse cookies we will remove all set cookies in our domain.

We provide you with a list of stored cookies on your computer in our domain so you can check what we stored. Due to security reasons we are not able to show or modify cookies from other domains. You can check these in your browser security settings.

We also use different external services like Google Webfonts, Google Maps, and external Video providers. Since these providers may collect personal data like your IP address we allow you to block them here. Please be aware that this might heavily reduce the functionality and appearance of our site. Changes will take effect once you reload the page.